Do Not Miss Your DUI Court Date! 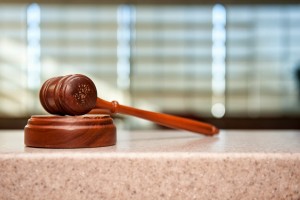 Typically, the first appearance for a defendant charged with a DUI is the arraignment — a criminal proceeding at which the defendant is officially charged.

If the DUI defendant doesn’t appear in court for the arraignment this “failure to appear” (or “FTA”) almost always results in the issuance of a bench warrant for the defendant’s arrest. A bench warrant is similar to other arrest warrants – the “bench” refers to the fact that the judge on the bench issued the warrant.

Your warrant is public record.  There are several disadvantages for a DUI defendant with a bench warrant  — for example, any routine police stop will likely result in arrest and incarceration (until bail is posted). A bench warrant is also a matter of public record and information about it can be viewed by anyone who has access to a public records database. So landlords running background checks, loan officers verifying financial history, or potential employers will all learn about the bench warrant.

Not only that, any of these individuals can notify the police to speed the arrest. The FTA will also likely result in a higher amount to be paid as bail. Although procedures differ, in most states, the bench warrant and FTA will result in revocation of the previous bail and a hefty increase in the required payment.